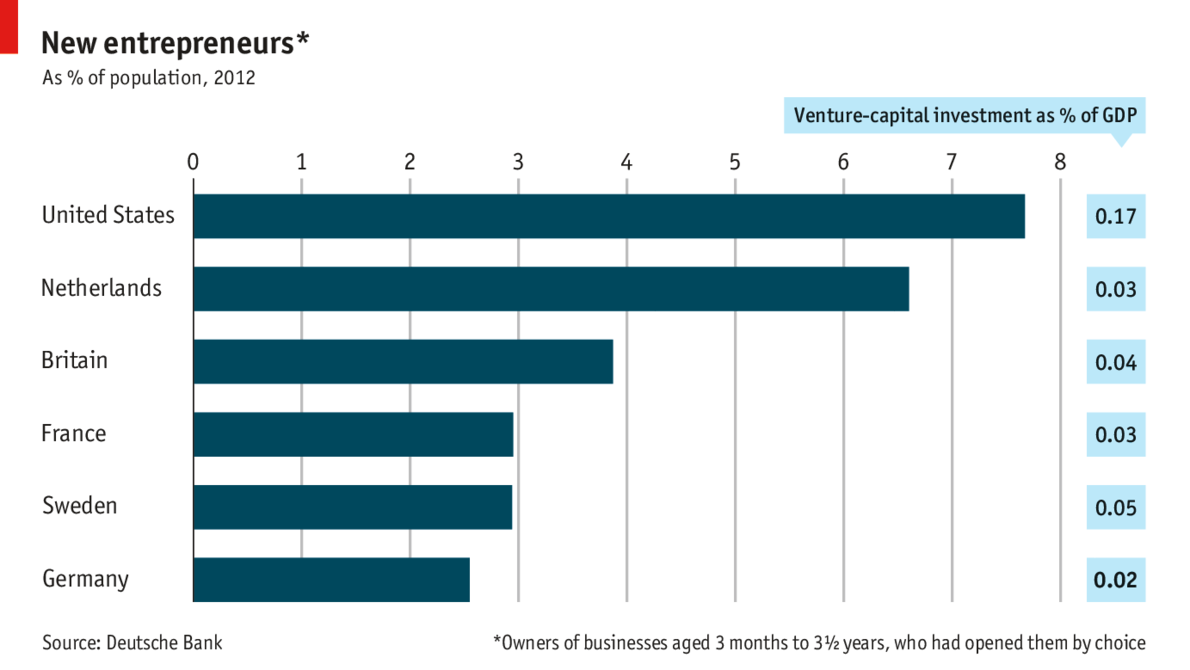 Entrepreneurs as % of population

AMERICA is an engine of innovation, as attested by the upcoming public listing of Twitter, which aims to fetch a cool $1 billion. How do other countries rank in terms of entrepreneurship? Sadly, not so well. Around one in 13 people in America are entrepreneurs. That is three times more than in Germany, which is vying to become a startup haven. To fund those innovators, when the level of venture capital as a share of the overall economy is considered, the differences are even starker. Sweden and France have the same share of entrepreneurs but Sweden’s cash spigot is more open. And even though the Netherlands has twice as many entrepreneurs as a share of its population, as either of those countries, its venture capital is as paltry as France’s. As for Germany, it may face difficulties in fostering a startup culture: its venture capital investment is around ten times less than in America.